Digital TV HD is the transmission of audio and video by digitally processed and multiplexed signal, in contrast to the totally analog and channel separated signals used by analog television. It is an innovative service that represents the first significant evolution in television technology since color television in the 1950s.

Electricity can be compared to the water distribution system
in your house.  With everything turned off, the water pressure exists, but no
water is used.  When a tap is turned on, water flows in the pipe, the quantity
depending on the pressure in the mains, the size (or resistance) of the pipe
and the amount the tap is turned on.  As more taps are opened, more water is
used.  If too many taps are turned on at the same time, the pressure drops and
there is very little water coming from each tap. 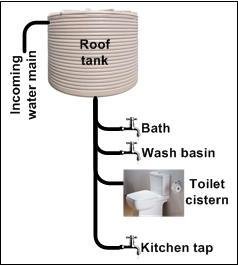 A domestic electricity supply works in much the same way.
The equivalent of water pressure is the mains «voltage».  With all the
switches turned off, no energy flows through the cables.  When a switch is
turned on, «current» flows through them, the amount depending on the voltage applied,
the size of the cables and the «resistance» of the load.  As more switches are
turned on, more current is used. 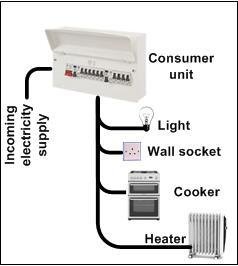 In a domestic environment, lighting cables are relatively