Television advertising is the sending of promotional messages or media content to one or more potential program viewers. The viewers are influenced by the messages, resulting in actions that benefit the advertiser.
In 2010, many new TV advertising services will be offered by TV broadcasters, compared to the simple linear ad insertion practices used in traditional broadcast systems. Some may even be as simple as inserting ads into video on demand programming systems.

Broadcasters operate systems that gather, organize and provide people with
the content they want to see. They may purchase license rights for the content through their systems, or create new (original) programming, and then
merge it with advertising media. Viewer types, such as teens, adults, women
and men, may be determined by the types of content being watched.


Viewers select the programs they want to view, most of which contain promotional messages that motivate them to take actions that satisfy advertiser?s business objectives. Some such actions may include purchasing a product, signing up for an email campaign or subscribing to a service.
Figure 1.1 shows how the television advertising model works. The advertiser pays money to the TV broadcaster for the insertion of a promotional message. The TV broadcaster mixes in advertising messages with content that
the viewer wants to watch. After the viewer watches the advertising message, they perform a desired action (buy a product or subscribe to a list),which earns revenue for the advertiser. 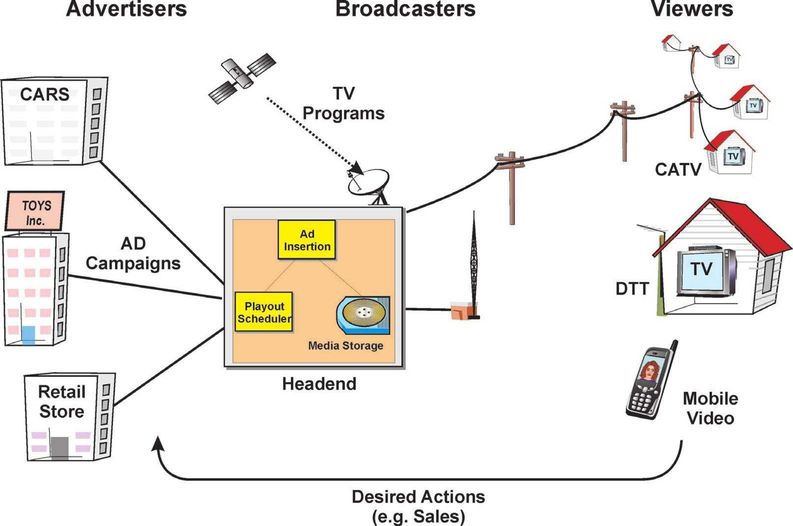